I like harmonizing; finding ways we can help one another better optimize our respective value functions. I don't know anything, but so far, the act of empathizing and being empathized with is how I want to spend my days.

I think local-first software is the next paradigm shift in how we architect information systems. Data should live wherever we want it to on the spectrum of centralization and decentralization. To make this easier for both developers and data owners I'm working on Homebase with some collaborators at Datahike.

I also angel invest with my brother John. Mostly in devtools and economic experimentation. We take a longer term view than the typical 10 year payback period. If you've got a similarly long term vision that would benefit from some patient capital, let's talk.

Lately, my wife Ananta and I have been thinking a lot about the space between planned and unplanned settlements.


I don't know if it's investable in a VC sense, but a lot of traditional investment is so conservative that a whole dimension of perspectives is uncapitalized.


Anyway—I'm working with some collaborators to find ways to decrease the cycle time and increase the concurrency of more radical local community experimentation. Rather than propose solutions, we're interested in formalizing the problems of human collaboration, and making it easy for anyone to run experiments with their local community on improving their collaborations and documenting the results.

Another love of mine is slowing down and finding moments of presence in all things. I'm pretty burntout from tech and fiddling on a laptop all day. Dance, meditiation and ensemble work are all fantastic tools to break back into my body, and I'm always on the lookout for more.


The work being done by MAPS has me particularly hopeful. This research makes extreme expereiences of slowing down accessible to most people in hours; letting them feel a glimpse of presence and letting go similar in degree to meditators who practice for decades.


Biofeedback is another promising tool and less invasive than psychedlics. I'm not affiliated with any of these companies, but I do love Oura, Muse and Manta on the consumer side.

Ananta and I are unsettled for now. We live predominantly in english speaking places because I'm not as good at languages as she is.


What energy I do have for languages goes towards Clojure and functional programming with immutable data. I'm glad the Clojure community is so nice, and same goes for the folks at the Recurse Center who make curiosity contagious ❤️.


If you want to meet, get a coffee/lunch/drink and talk about any of the above you can probably find me in Berlin. 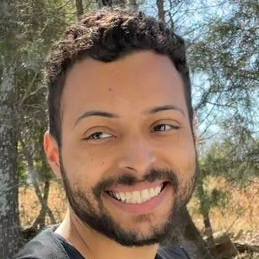